In attendance were the Board of Trustees and Officers of MSFI, officers of Marubeni Philippines Corporation and representatives of the beneficiary schools of MSFI. More importantly, almost 90 scholars who came from as far as Cebu, Tarlac and Eastern Samar joined the celebration. Around half of them were former scholars who have graduated from their respective technical and vocational courses and were eager to share their success stories with those in attendance.

This year, former scholars of MSFI were invited to give messages of appreciation. Among those who expressed gratitude was Mr. Christian Ryan Argamino. Christian was a scholar of MSFI in Don Bosco Technical Institute of Tarlac where he finished his high school education. Christian pursued a college degree in the University of the Philippines and obtained the degree of BS Biochemistry. He also finished a Masters program and is now a professor in Dela Salle University, one of the top universities in the Philippines.

Mr. Engracio Daigan is a past scholar who studied in CITE Technical Institute of Cebu City. Engracio is currently working in Samsung Electro-Mechanics Philippines Inc. in Cebu. His income has allowed him to save and finance a new house. Because of his gratitude to his sponsors including MSFI, Engracio engages in social work by feeding poor children of Cebu at least once a year.

Ms. Leny Rosco studied computer technology in Don Bosco Training Center in Borongan, Eastern Samar. This allowed her to finish her degree in teaching and she is now a public school teacher in a rural area of Eastern Samar.

Another former scholar, Mr. Noe Libradilla, utilized the technical skills he acquired in Fr. Pierre Tritz Institute-ERDA Tech to further his interest in automobiles. His knowledge and skill in automotive technology enabled him to achieve his passion for teaching by qualifying as a public Senior High School teacher.

Ms. Juvy Noche also decided to become a teacher in Don Bosco Youth Center in Tondo, Manila after finishing a vocational course in the same school.

Mr. Carl Vega, a cybersecurity expert employed in ANZ Bank Manila Branch, said that he would not be in his present circumstances without the support of MSFI while he was a high school student in Don Bosco Technical Institute of Tarlac.

MSFI was established in 1989 through a grant from Marubeni Corporation. As a scholarship foundation, it has been supporting underprivileged young Filipinos seeking technical and vocational education. For the year 2019, MSFI has 68 scholars in 10 beneficiary schools all over Luzon and Visayas. Since its inception, MSFI has already awarded 2,972 scholarship grants in total. 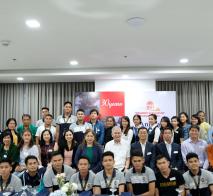 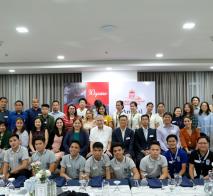 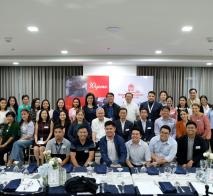 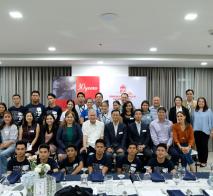