A ceremony for the turnover of donations was held last November 14, 2014 at the Bobon Elementary School. The event was attended by the Board of Trustees of MSFI, officers from Marubeni Philippines Corporation (MPC) and SRPC, the Municipal Mayor of San Nicolas, Pangasinan, representatives of the Department of Education (DepEd) and the principals, teachers, parents and students of the three beneficiary schools.

The highlight of the program was the ceremonial turnover of donations to Bobon Elementary School, San Roque Elementary School and Bulangit Elementary School, followed by the remarks from MSFI Chairman & President, Mr. Amaury Gutierrez, MPC President and CEO, Mr. Koichi Kuwamura and SRPC President and CEO, Mr. Ryukichi Kawaguchi. An appreciation speech was also given by San Nicolas Municipal Mayor Rebecca Saldivar, while the message from the Mayor Alain Jerico Perez of San Manuel was read by his representative. The pupils performed a special folk dance to entertain the guests. 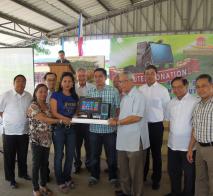 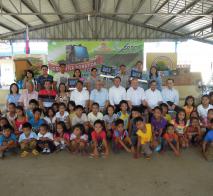 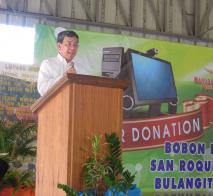 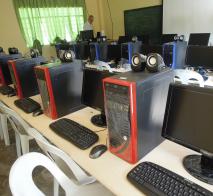