More than 60 scholars, past and present, attended the event. Also in attendance were the Board of Trustees and Officers of MSFI, officers of Marubeni Philippines Corporation and representatives of the beneficiary schools of MSFI.

Seven scholars volunteered to give appreciation messages. Among those was Ms. Diandra Guerrero who recently passed the CPA board exam. Diandra expressed her sincere gratitude to MSFI for supporting her school fees while she attended secondary school at Balete Family Farm School in 2010 to 2012. Ms. Christina Illao, who was a scholar of MSFI in Erda Tech from 2013 to 2016. After finishing secondary school in Erda Tech, Christina is now studying Civil Engineering at a local state university. She acknowledged that she would not have been able to finish secondary school without the help from MSFI. Mr. Marlon Valencia, who is now the Vice Director for Inplant Operations of CITE Technical Institute, one of MSFI’s beneficiary schools, was a scholar from 2000-2002. Because of his experience in CITE, Marlon is a staunch advocate of technical education. He believes that technical education is the answer to solve poverty in the Philippines. Ms. Michelle Pacheco graduated from Punlaan School and will soon be joining as a crew of a famous Mediterranean cruise ship.

MSFI was established in 1989 through a grant from Marubeni Corporation. As a scholarship foundation, it has been supporting underprivileged young Filipinos seeking technical and vocational education. For the year 2016, MSFI has 107 scholars in 13 beneficiary schools all over Luzon and Visayas. Since its inception, MSFI has already awarded 2,740 scholarship grants in total. 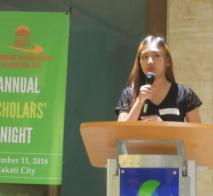 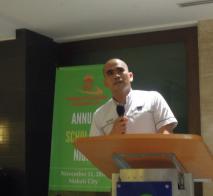 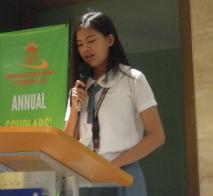 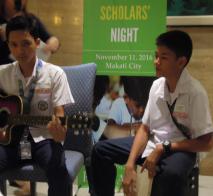 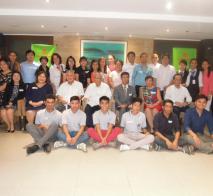 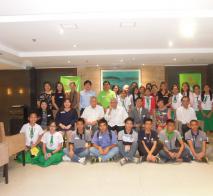