Marubeni Scholarship Foundation, Inc. (MSFI) donated a total of nineteen (19) units of desktop computers to Tanza Elementary School, a public school located in Antipolo City, Rizal. The school has a population of 1,100 students.

Tanza Elementary School is located in a remote village of Antipolo City. The students all come from low income families. The school has very limited number of computers, all of which were already outmoded therefore both the teachers and the students appreciated the donation of computers which will greatly help in the improvement of the school’s educational standards.

The Turnover Ceremony was held last December 1, 2015 at Tanza Elementary School. In attendance were the Board of Trustees and Officers of MSFI, officers of Marubeni Philippines Corporation, Representatives of the Department of Education Division of Antipolo City, school officials, parents and pupils. 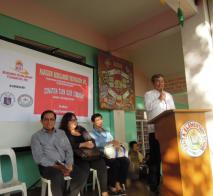 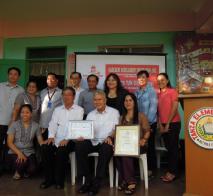 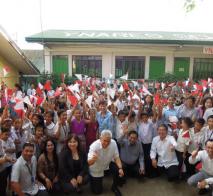 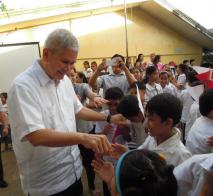